Colin O'Malley is an anarcho-communist leader from the Rochester and formerly Buffalo NY area. He was the leader of Metro Justice (a communist front group that does protests in upstate NY). He is one of the leaders of Antifa in the area and most of his Metro Justice group was involved in it as well. He was accused of rape by multiple ex-partners and admitted he did it and apologized. He's a self-admitted anarchist and communist, yet regularly gets fawned over uncritically by the local media as a local protest organizer and activist while ignoring his obvious anarchist and communist beliefs. After the rape accusation, he quit Metro Justice and began working at the Rochester-Genessee Area Labor Federation. https://4sao.wordpress.com/tag/colin-omalley/ https://www.metrojustice.org/rally_for_jalil_muntaqim https://www.rochestercitynewspaper.com/rochester/metro-justices-reckoning-point/Content?oid=9144146 https://libcom.org/forums/theory/building-revolutionary-anarchism-article-07052016 https://www.gofundme.com/f/rocbrrn 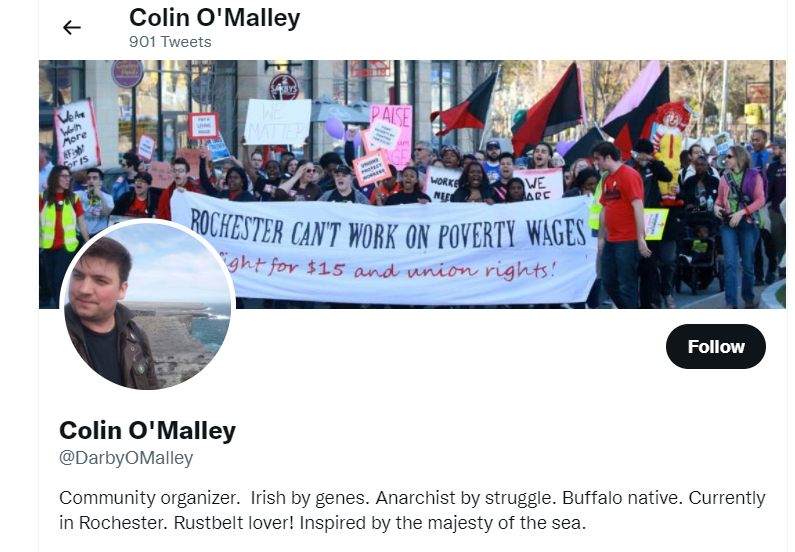