Glenn Emile Cantave, aka "Chain Man", (DOB: 11/03/93) attended the Charlottesville Unite the Right counter protest where he claimed to have been on the front lines. He's best known for wearing chains at the riot, either to symbolize black "enslavement" or because he was trying to hook up with a gay dude into bondage. He claims he was in a Charlottesville church that was surrounded by "Klansmen" with torches. In reality, it was only members of the alt-right walking nearby while carrying tiki torches. He later ran the New York City marathon wearing chains. He's part of the statue movement and attempted to have the Columbus Circle statue of Christopher Columbus removed. Cantave works as an artist and film maker. He runs the non-profit Movers & Shakers NYC and organized a slave auction as performance art. He also gave a TED Talk on how augmented reality is changing activism. He has a B.A. in government from Wesleyan University. Cantave lives in a little house in the Long Island town of New Hyde Park. https://archive.vn/vMl12, https://archive.vn/BC6qq, https://archive.vn/v91XP, https://archive.vn/X1acc, https://archive.vn/EMhED 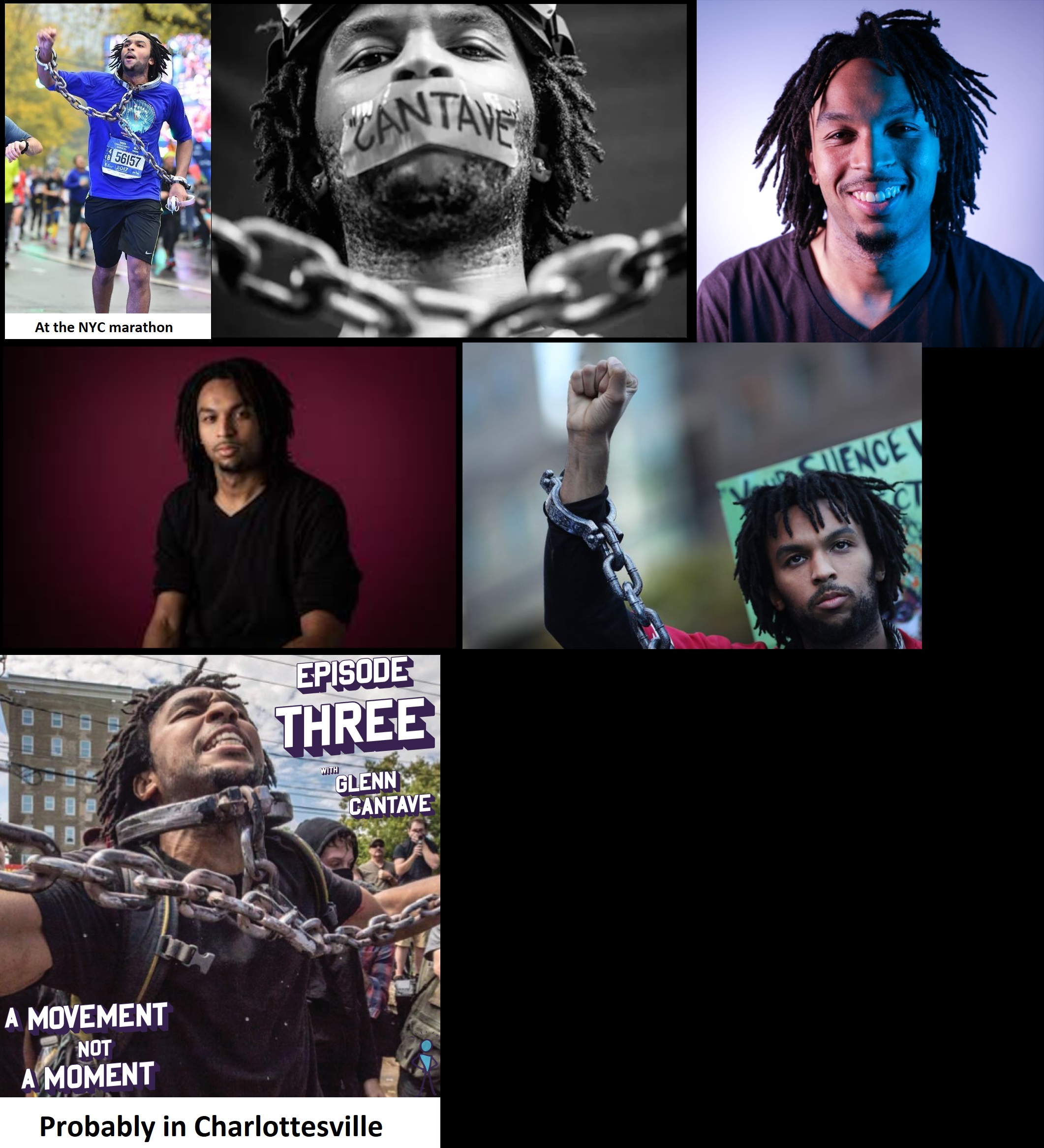