Alex Reed Ackert (DOB: 11/27/86) probably is or was a member or associate of the Carolina Mountain chapter of Redneck Revolt. He attended or was at least invited to one of their events in 2017. Other than a few retweets of Bernie's wisdom, there's not much radical on his social media. His main claim to fame in life was being present when a maintenance woman discovered the body of an undergrad who had been missing for several months in his Perdue dorm. Ackert has a B.S. degree from Purdue University and works as a network engineer for Windstream Communications. He's engaged to be married in Oct. 2022 to a woman who has the figure of a sumo wrestler. The happy couple will reside in Ackert's house in Greer, South Carolina which is about 45 miles as the crow flies from Asheville, North Carolina. His 4XL sized wife's ties to Antifa, if any, are unknown. https://archive.vn/mjSJX, https://archive.vn/fUYm1, https://archive.vn/4ypzV http://www.linkedin.com/in/alexackert 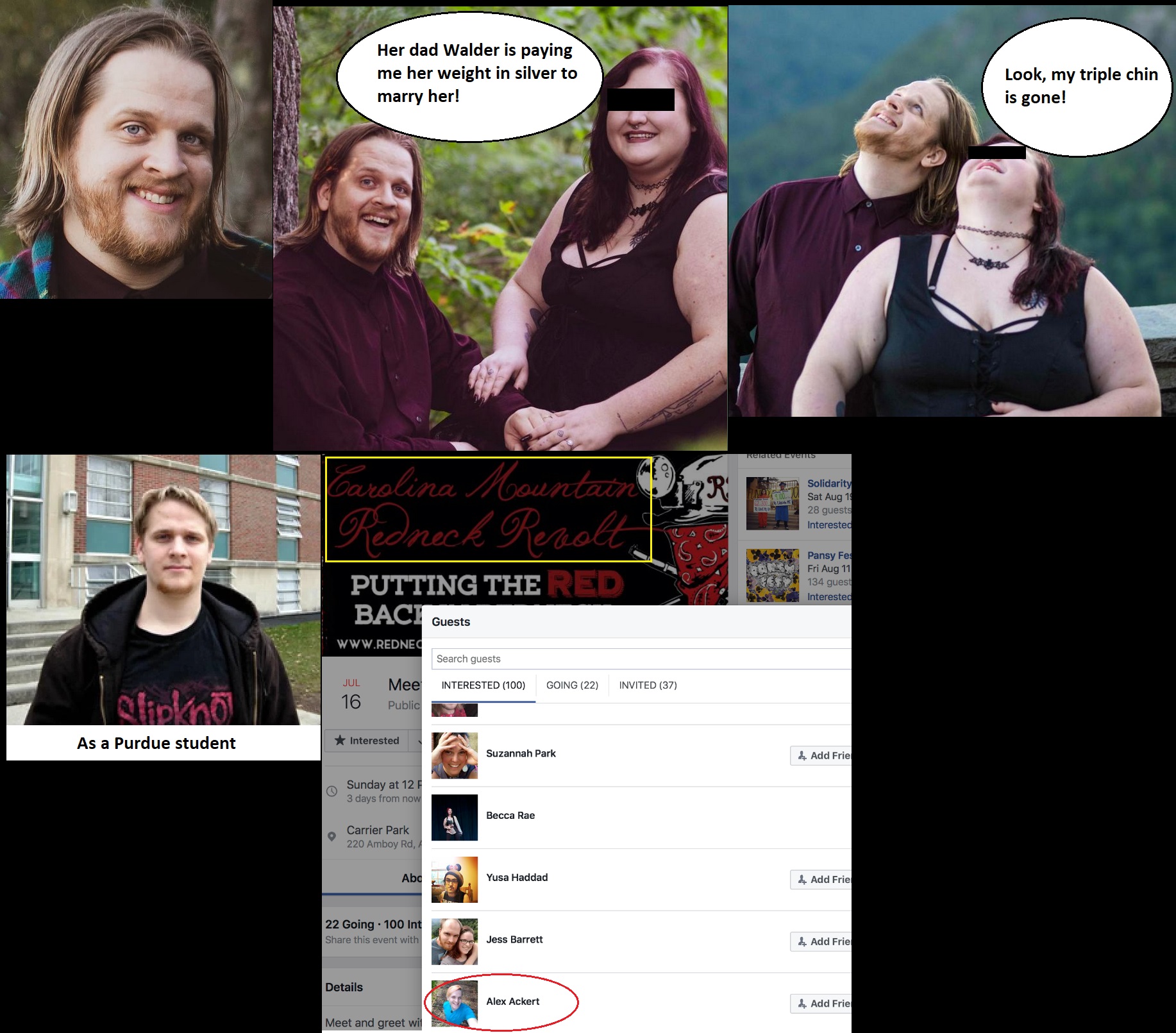