She's a member of the New York Revolution Club (hard-core communists) and was one of the organizers of the Charlottesville Unite the Right counter protest. Kaplan may use the pseudonym "Briana Herrera" at times. She claims her great-grandparents were killed at Auschwitz. In 2021, she protested Kyle Rittenhouse's acquital in Brooklyn saying, "He [Rittenhouse] went to slaughter people and he did. And now we just saw with this verdict that came down and actually gave the fascist and these white supremacists, a green light to murder protesters." She also protested in favor of the guilty verdict in the Ahmaud Arbery case. https://archive.vn/vDJxi#selection-993.157-993.168 https://archive.vn/md0XX#selection-1831.360-1831.372 https://archive.vn/YycfS#selection-1523.235-1523.246 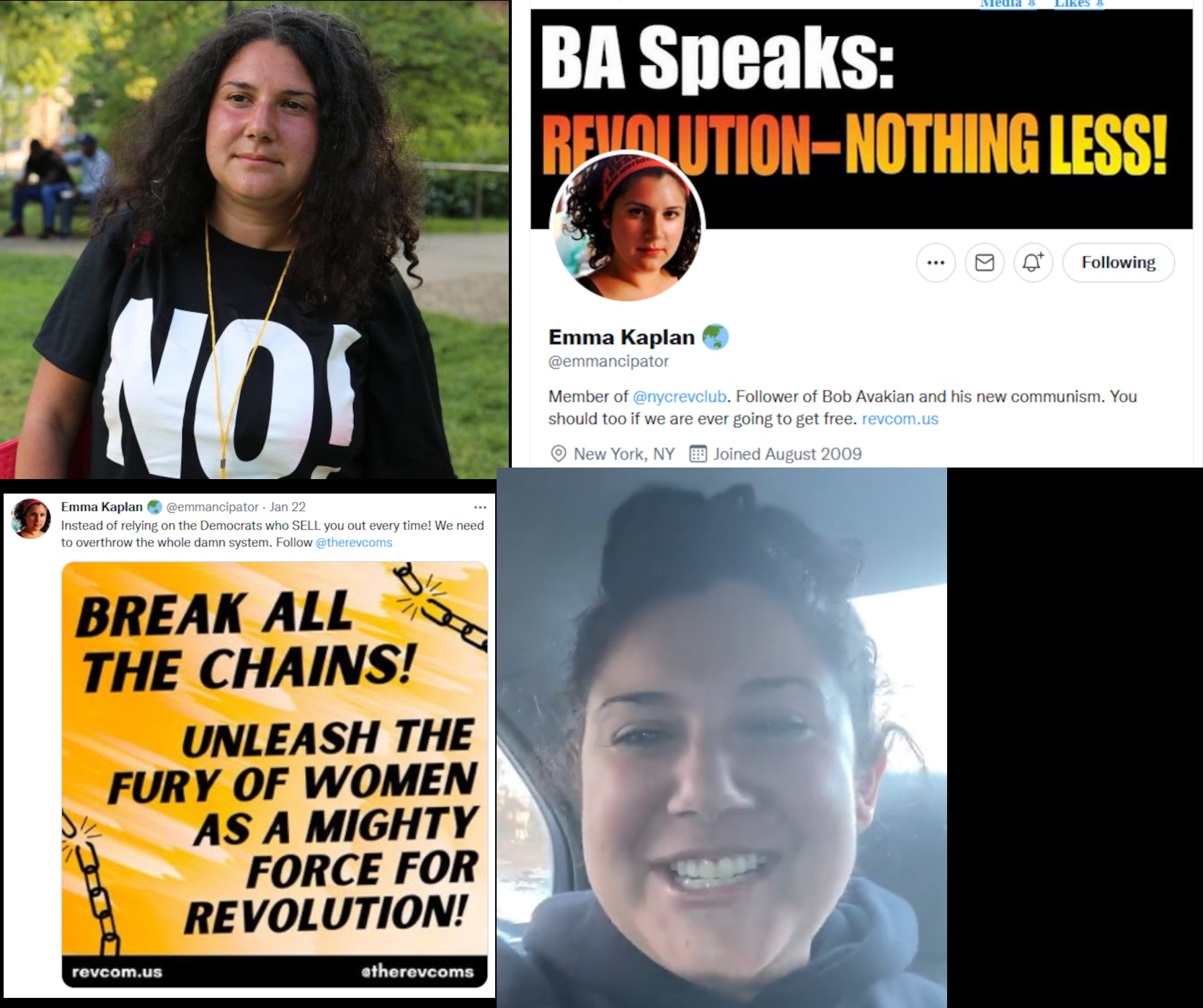