She claims to set Tinder traps for Republicans so she can beat the s**t out of them. She was later banned from Tinder. Her LinkedIn page has a black power fist superimposed on a LGBTQ flag. As of 2020 she was a student at Emerson College in Boston where she was studying marketing communications. She may be the only Antifa to belong to a social sorority as she's a member of Sigma Pi Theta. I wonder how her presumably Republican sorority sisters feel about her politics. https://archive.ph/0OE4E https://www.linkedin.com/in/megan-ellis-78353a158 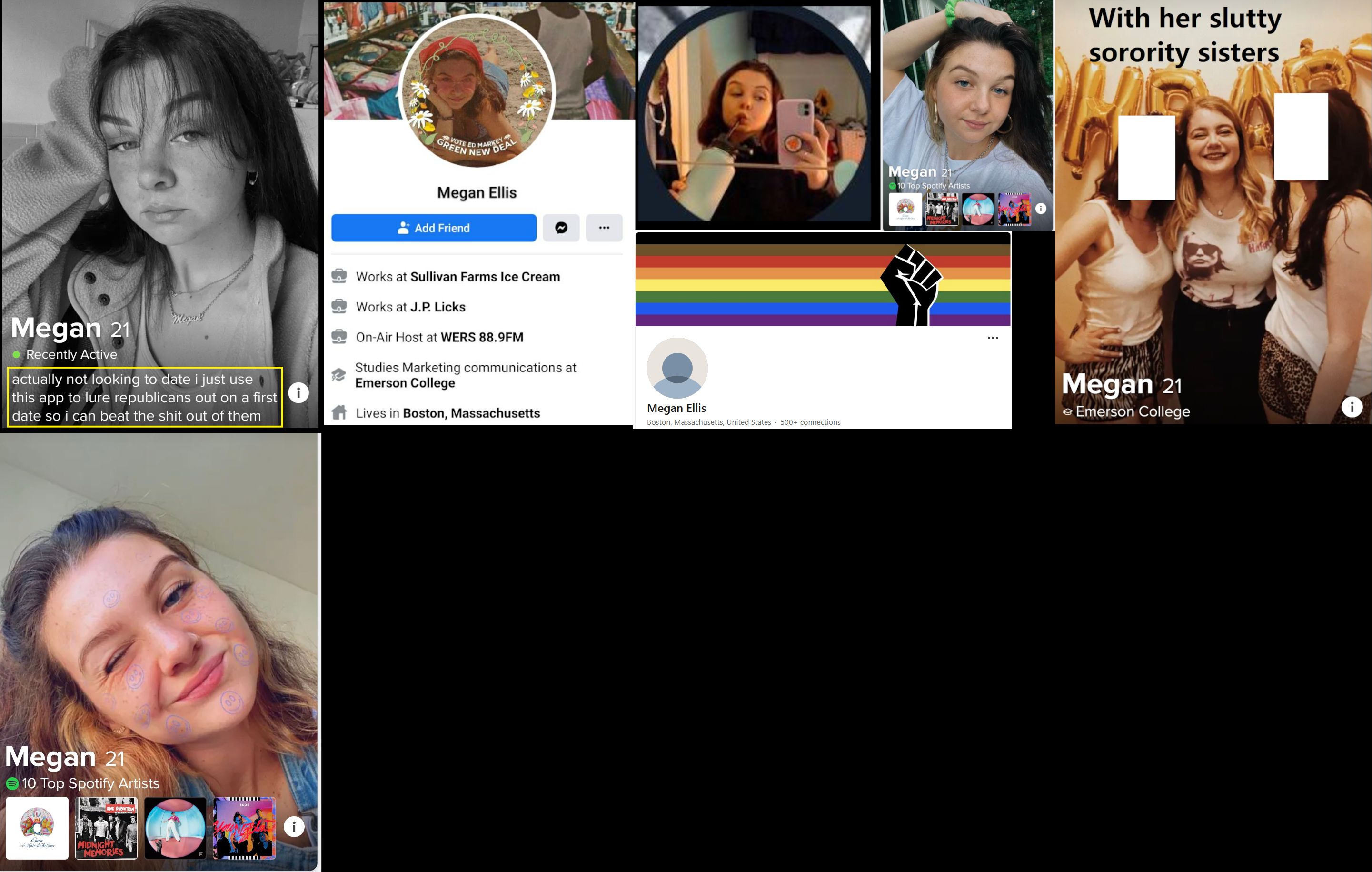