Conrad George identified himself as a member of Redneck Revolt while giving an interview with the Lost Journal at a protest against Donald Trump at Suffolk Community College in 2017. One of the pins on his hat is that of Redneck Revolt’s logo. https://www.thelostjournalist.com/brentwood-protests/ In the uncropped photo, he was seen standing next to an unidentified man holding the flag of the Revolutionary Abolitionist Movement (RAM). You can read about RAM here. https://wmkinstitute.blogspot.com/2019/12/the-william-mckinley-institute-for.html For more about Redneck Revolt https://farleftwatch.com/tag/redneck-revolt/ 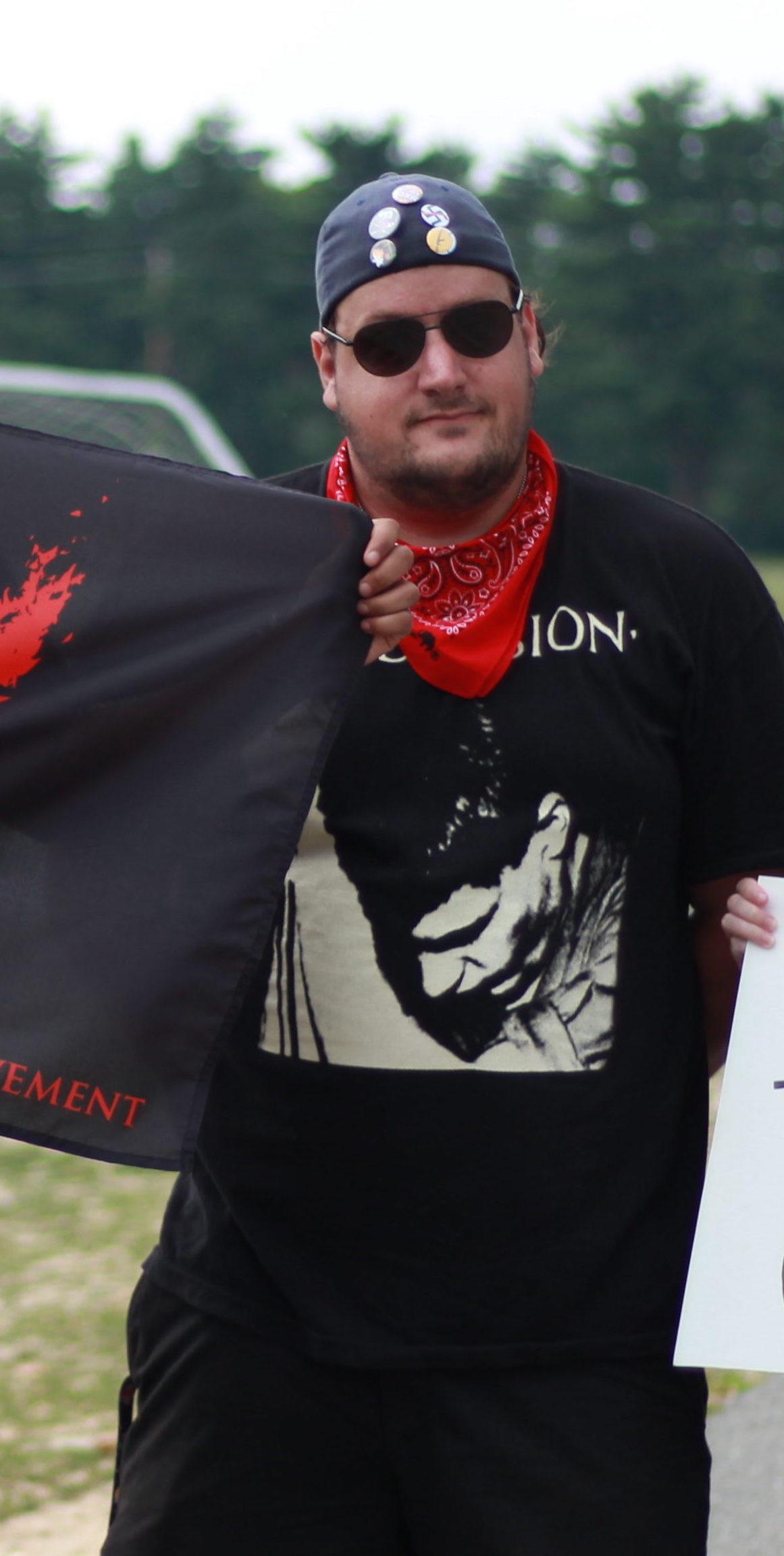