Matilda Rae Ryan (DOB: 0922/87) is a transgender (M>F) that's probably a member or associate of the Carolina Mountain chapter of Redneck Revolt. It attended or was at least invited to one of their events in 2017. It's the author of the Five Events Social Justice Calendar and a contributor to the Asheville Blade, a left-wing journalism outlet. Its Twitter feed has a lot of left-wing Tweets. It's also a member of Showing Up for Racial Justice. Bliss' legal first name is probably "Ryan". It was arrested at an Asheville homeless camp in December 2021 while supposedly reporting and its phone was taken. Bliss attempted hormone therapy in 2013 but stopped. It seems to be a professional grifter. Bliss held a GoFundMe campaign to pay for removal of exess facial hair. It's a tranny without a trans(mission)! Its truck broke down and it raised $2,000 from its buddies to pay for a new transmission. https://archive.vn/hvERx, https://archive.vn/WOFUo, https://archive.vn/6WyWY, https://archive.vn/eEDqI, https://archive.vn/nSlge https://www.patreon.com/fiveevents birth name is Ryan Matthew Bliss, dude lives out of an older grey utility/school van, has a trans flag on the side door. used to work at rise n shine cafe. got fired for just being a jerk towards folks. Also accused of being a scammer https://www.whitepages.com/name/Ryan-Matthew-Bliss/Asheville-NC/PvyBdNDJOo8 He has been fired from a job as a cook for harassment by a fellow employee. He did legally change his name its seems to Matilda or it is coming up that way in new searches. It used to come up Matthew with same results in addresses, vehicles, voter rolls, etc. Makes sense to go from Matthew to Matilda. Well makes sense in his head. Hangs with the Firestorm/Antifa crowd he is not core AAR Torch 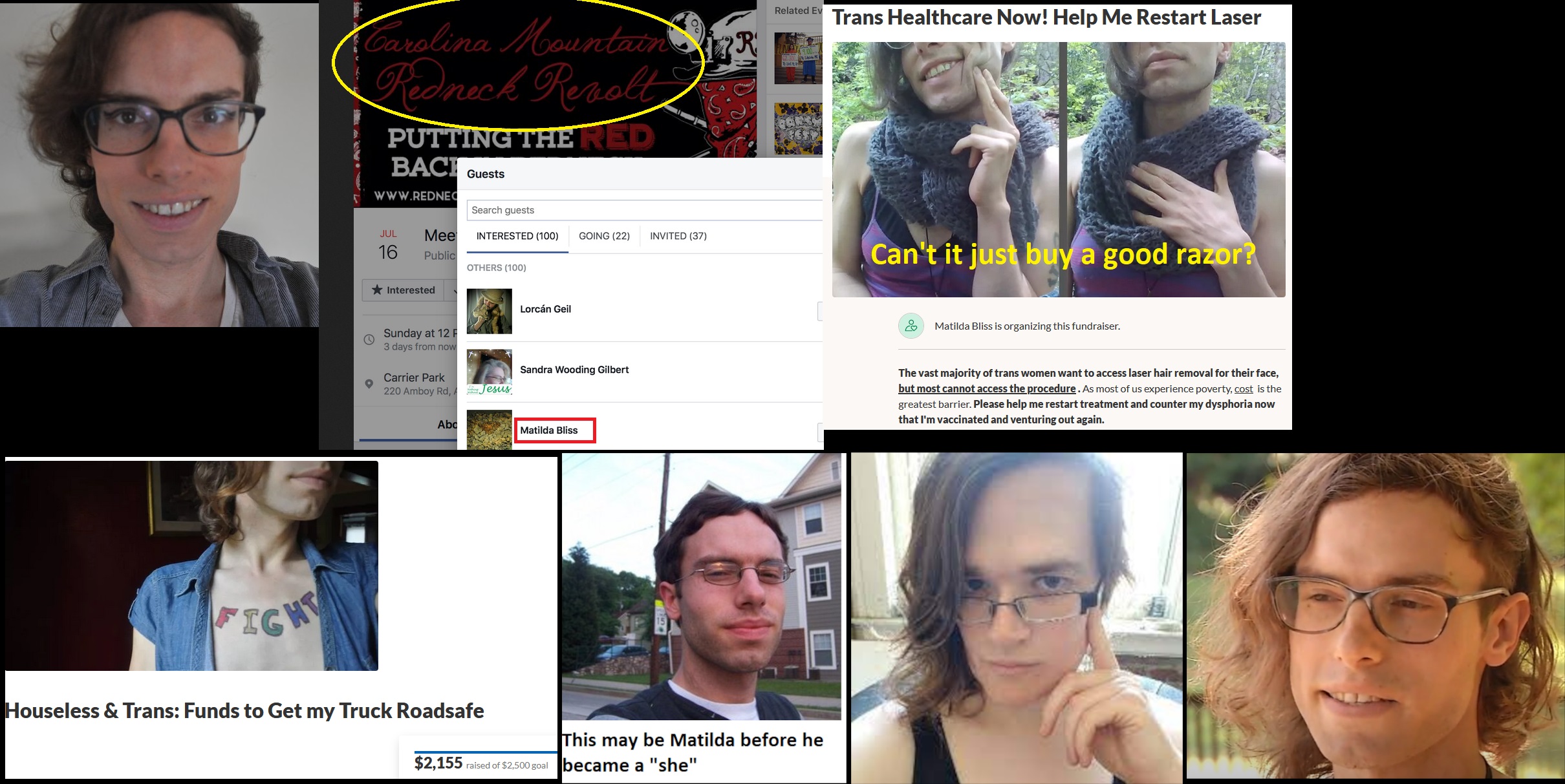 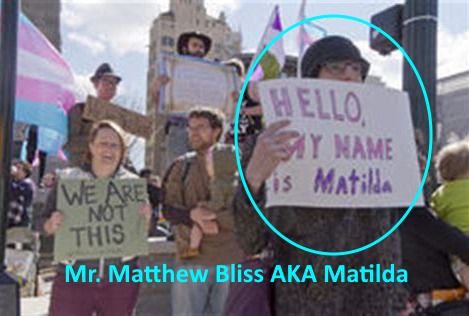