Marquise Damarius Asomani (DOB: 05/20/97) is a Charlotte drug dealer who shot at a group of Trump supporters on a bridge. A group of Trump supporters where holding signs and flags in the Charlotte suburb of Fort Mill, South Carolina. Three men in a car “drove by more than once, making derogatory remarks and yelling obscenities at them from their vehicle.” Asomani allegedly fired in the direction of the Trump fans. The other two men in the car were released without charges. He faces charges of assault and battery of a high and aggravated nature, pointing and presenting firearms at a person, unlawful carrying of a pistol and possession of a weapon during a violent crime. Asomani was facing prior charges relating to drug dealing. His drug business must have been doing well. He lives in a well-kept house in Charlotte valued by Zillow at $300K. https://archive.vn/MrV51 https://archive.vn/C7GX9 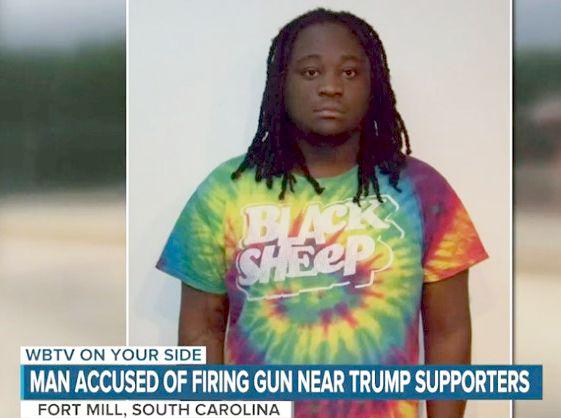