https://archive.vn/wip/am644 https://thepostmillennial.com/antifa-rioter-indicted-church-destruction-portland Transexual prostitute arrested during election riots in Portland. a "Sex Worker", offering 200 dollar "Car play" and 50 dollars for a 5 minute phone call. RIOT DISORDERLY CRIM MISCH I POSS FIREWORKS It legally changed its name to Sophia Johnson and that's how its referenced in court documents. Johnson is serving a 90-month sentence at the Coffee Creek correctional facility. The most notable thing about its case is that fellow rioter and possible tranny Wyatt Scully (https://antifawatch.net/ViewReport/6ab3ba54) allegedly snitched on Johnson at the precinct and walked free although he may have been charged later. The incident was detailed in an article by Rose City Counter Info (https://rosecitycounterinfo.noblogs.org). https://archive.ph/WyhiX 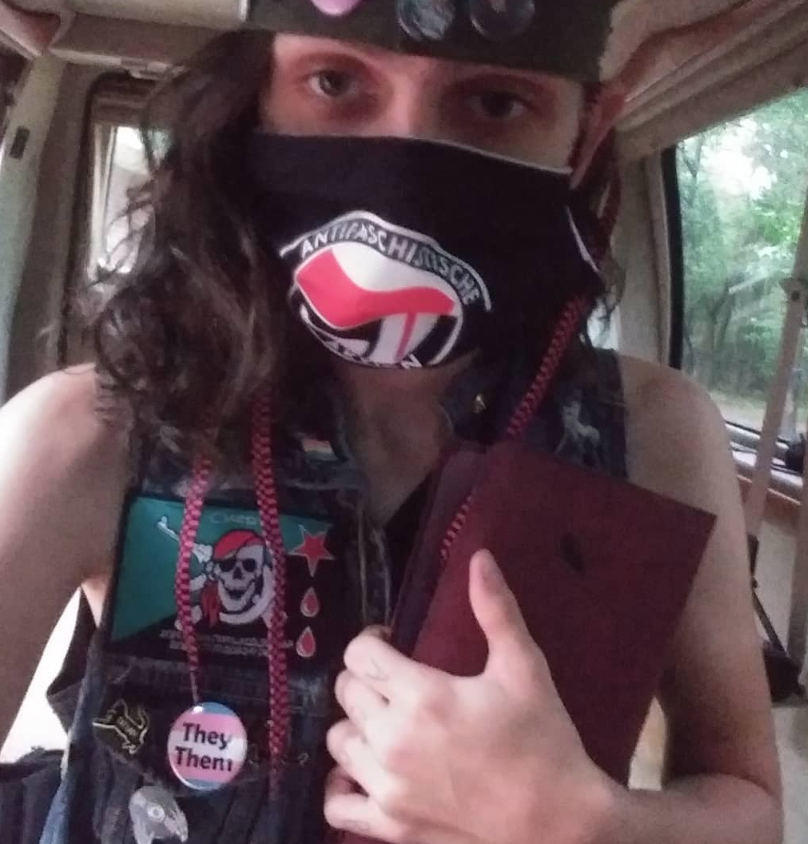 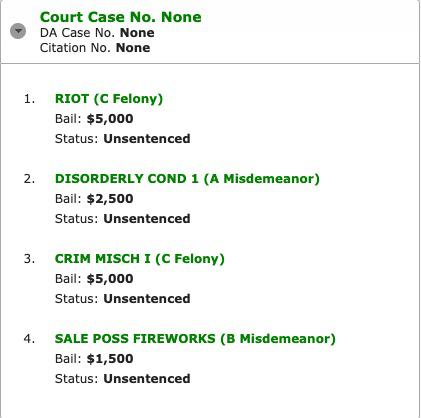 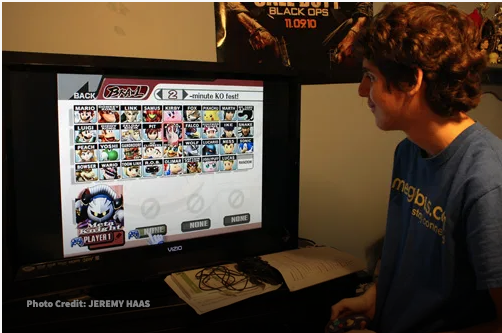 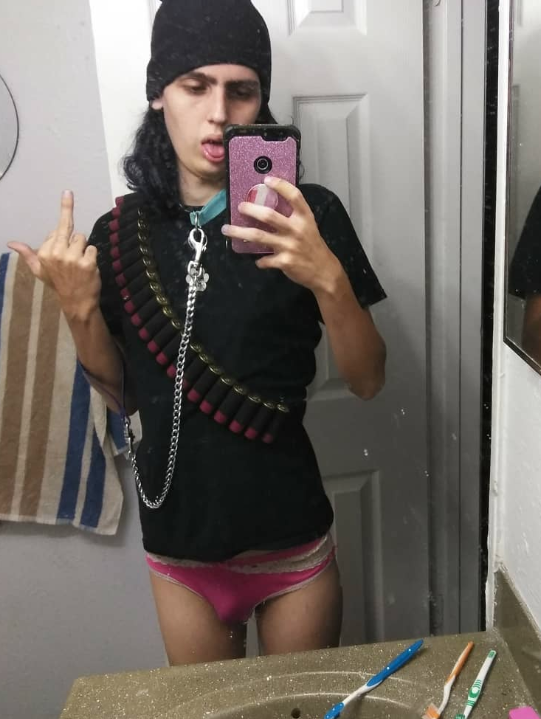 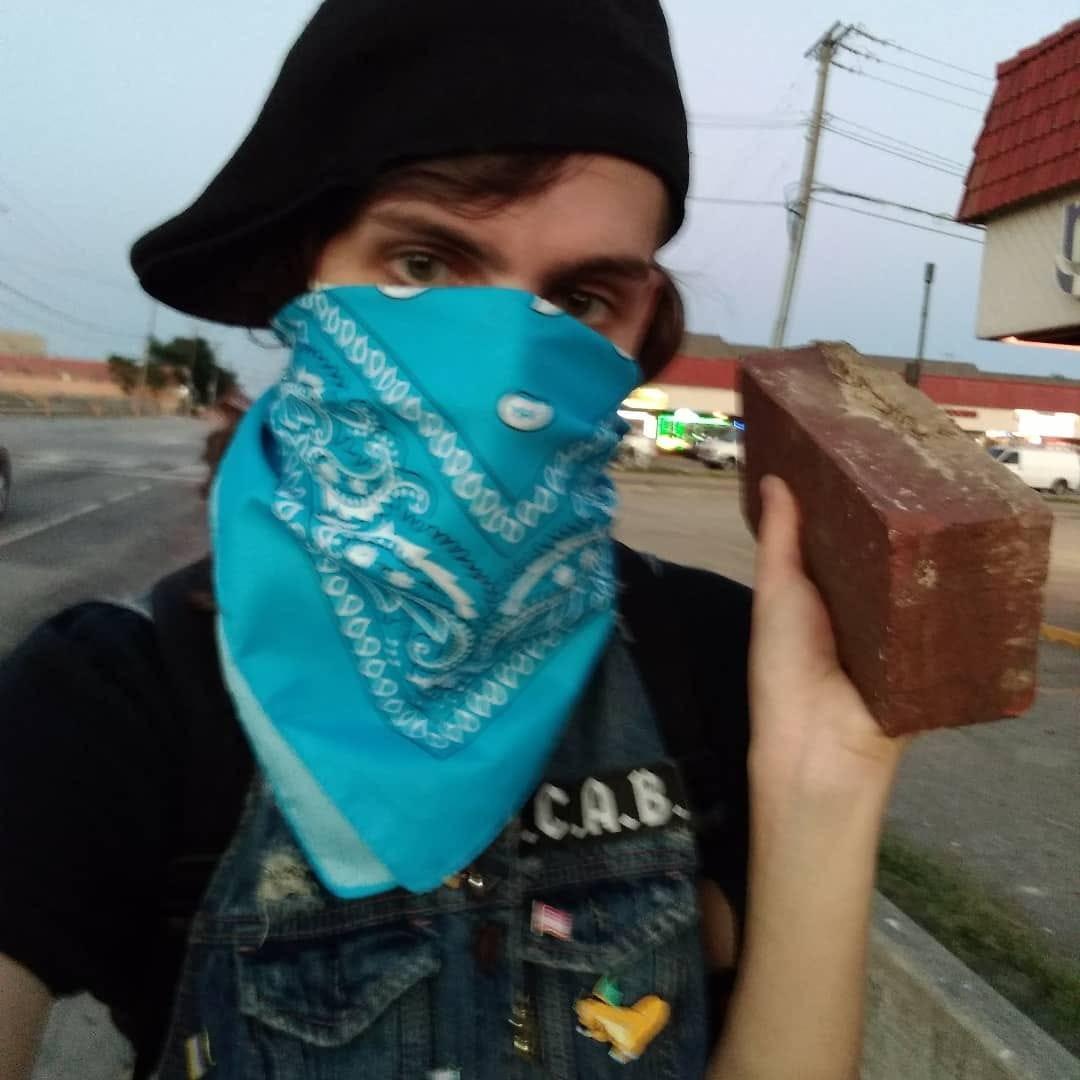 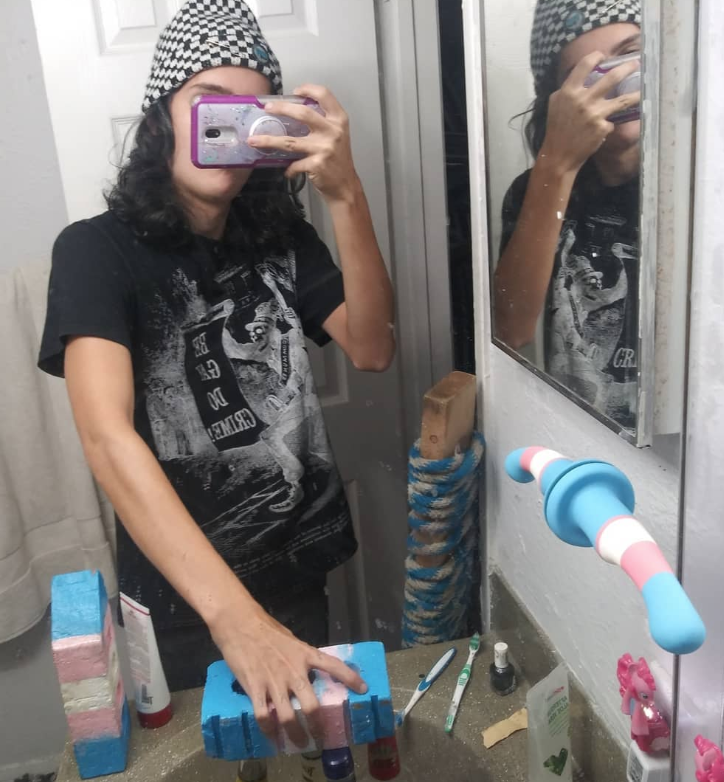 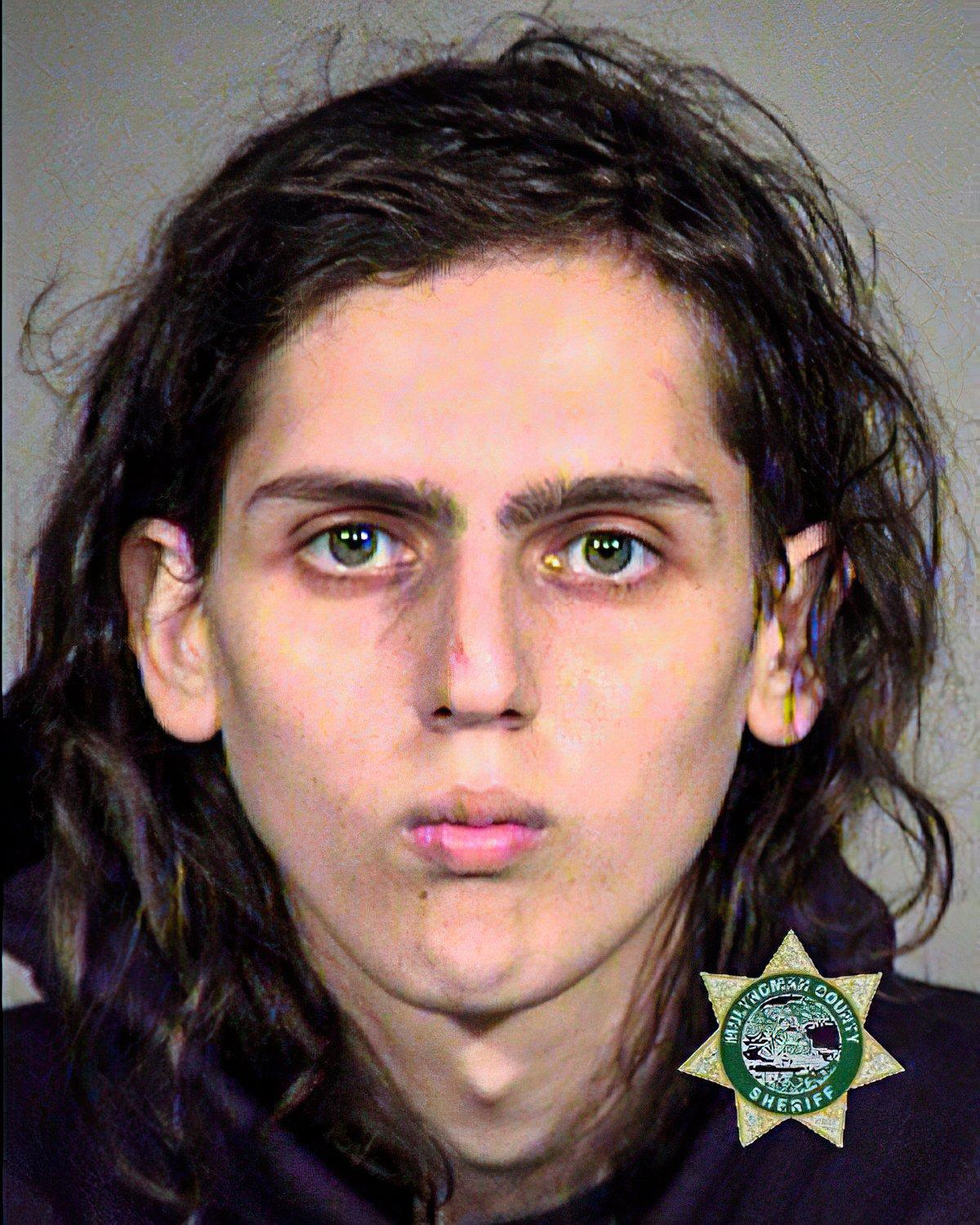 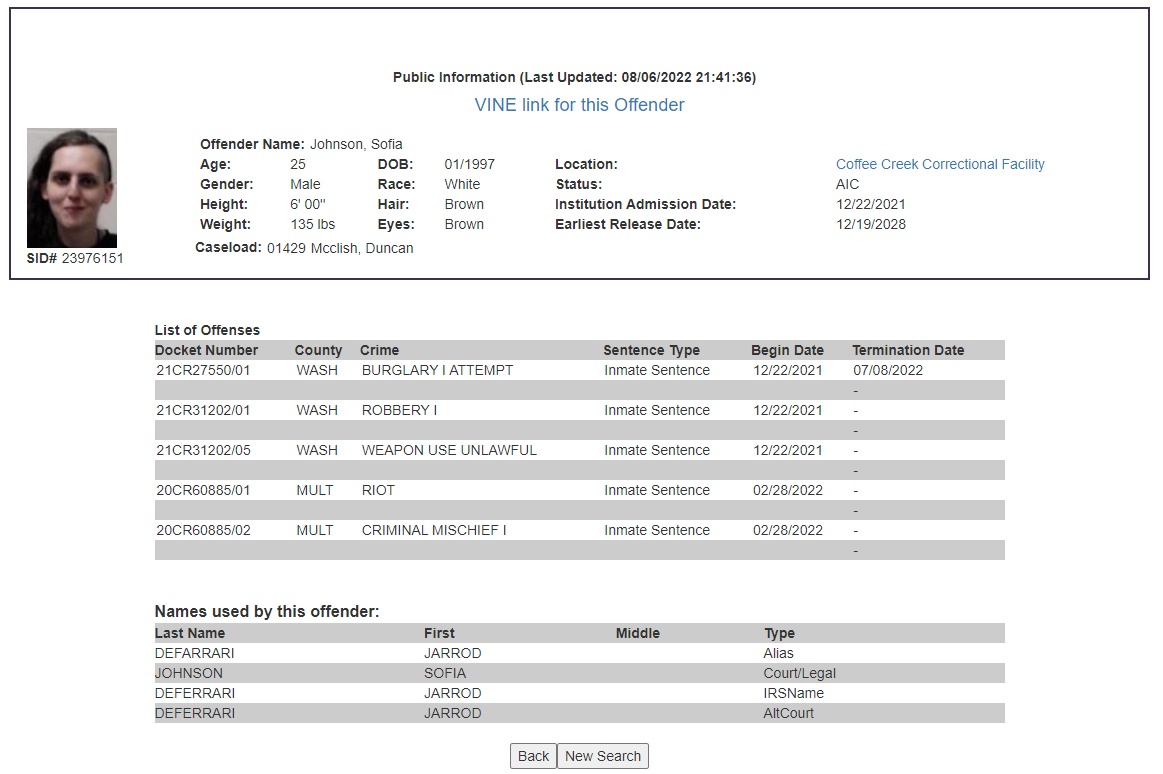 Posted By : Anonymous in November 2020