https://www.wpri.com/news/local-news/providence/warwick-woman-arrested-for-jumping-on-police-cruiser-during-monday-nights-riot/ Taylor is charged with four misdemeanors: vandalism, simple assault, resisting arrest and disorderly conduct At her arraignment, police said Taylor was stomping on the windshield of the police cruiser and damaged a side light. She was also accused of kicking Captain Luis San Lucas, who suffered minor inuries. Officers identified her through cell phone video and arrested her at her home Thursday morning. 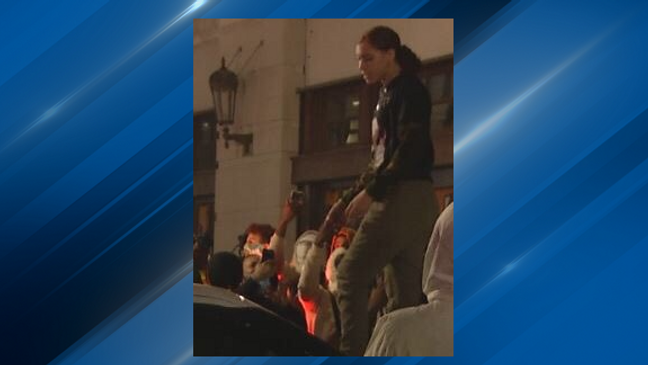