Spencer George Sunshine is an author and researcher who admits to attending the Unite the Right violent counter-protest in Charlottesville. He may have been one of the organizers of the counter-protest. He's a doxxer and monitor of the "far right" who wrote a book about the Oregon patriot movement. He also wrote a book on street tactics for fighting "fascists" that was published by left-wing media outlet Pop Mob. He collaborated on a third book titles: "Exposing the Right and Fighting for Democracy". He claims to have been an activist for 25 years. He's written critiques on the left's antisemitism. Sunshine has a PhD in sociology. https://archive.vn/dj3ea, https://archive.vn/g8uUw, https://archive.vn/POY8u https://web.archive.org/web/20210125225330/http://transformativestudies.org/wp-content/uploads/Spencer-Sunshine.pdf https://www.patreon.com/spencersunshine 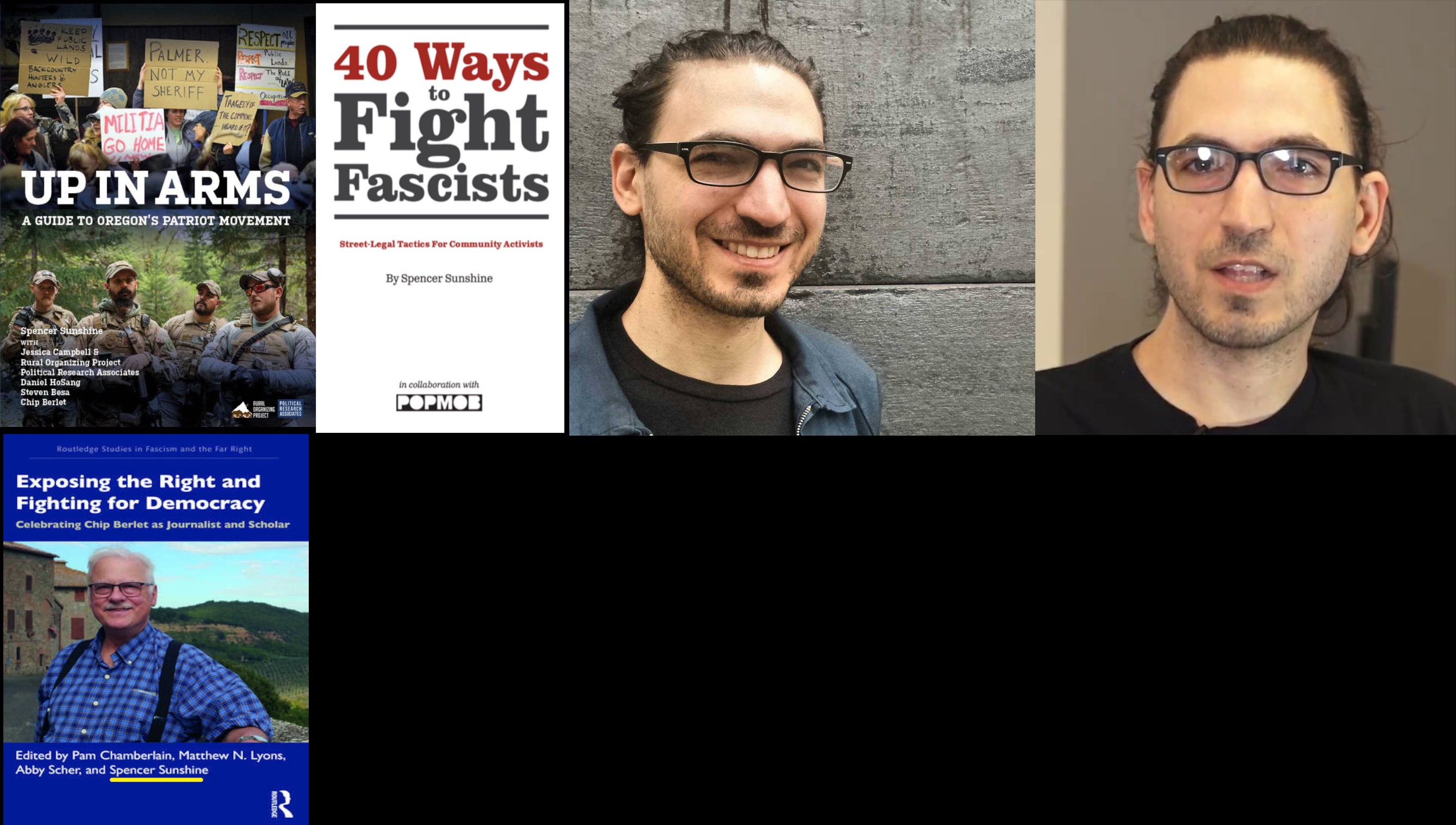