Daniel "Dan" Joseph Vhay (DOB: 02/04/71) is affiliated with Pop Mob and possibly the Unpresidented Brass Band, two groups that work closely with Rose City Antifa. He was maced while confronting a member of the alt-right at an Antifa riot in August 2019. His wife, Sarah, was at the same riot and was also maced. His sister is a minor actress and he's had roles as an extra in several films or TV shows. He claims to be a writer but works as an analyst, possibly for Rentrack. Vhay doesn't have a criminal record but filed for bankruptcy in 2011. He lives with his wife in an apartment in Southeast Portland. https://archive.ph/MnWfV#selection-963.10-963.18 https://archive.ph/d377R https://archive.ph/jQ7QW https://www.linkedin.com/in/dan-vhay-12218219 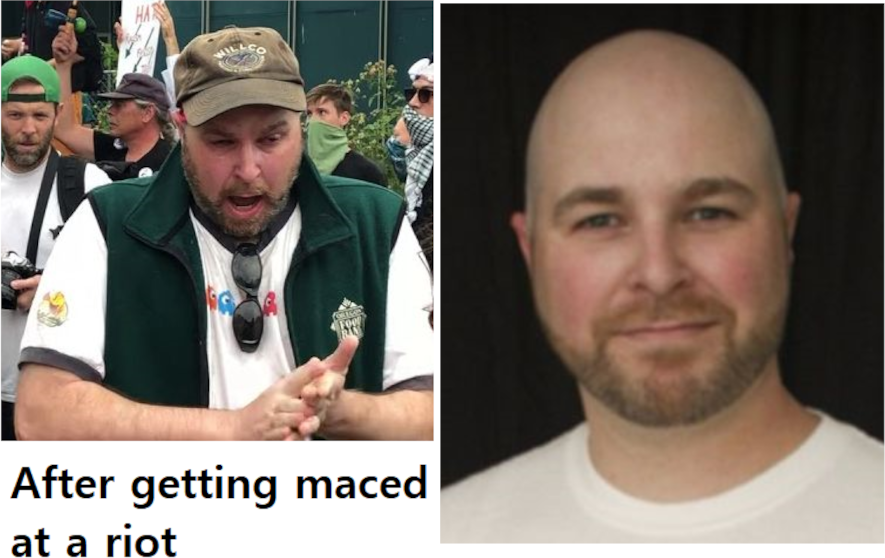 Posted By : Anonymous in September 2022