He's allegedly connected on social media to the Von Gilbert / Smith crew of Rose City Antifa. While at Lewis & Clark University, he was a member of the Young Democratic Socialists of America. He seems to be into campaign finance laws as he did some group research in that area. He's a Bernie Bro who donated to Sander's 2020 Presidential campaign. Interestingly, on the reporting form he gave his employer as the California Department of Industrial Relations yet he gave his zip code as the Lake Oswego/Tigard Oregon zip code. I'm not sure that's a violation but it seems strange. Dundon was awarded a B.A. by Lewis & Clark University in 2018. He works for the California government as an analyst probably in the Sacramento area. https://archive.vn/5EBJd#selection-453.136-453.147 https://web.archive.org/web/20220105185245/https://www.city-data.com/elec2/20/elec-PORTLAND-OR-20-part90.html 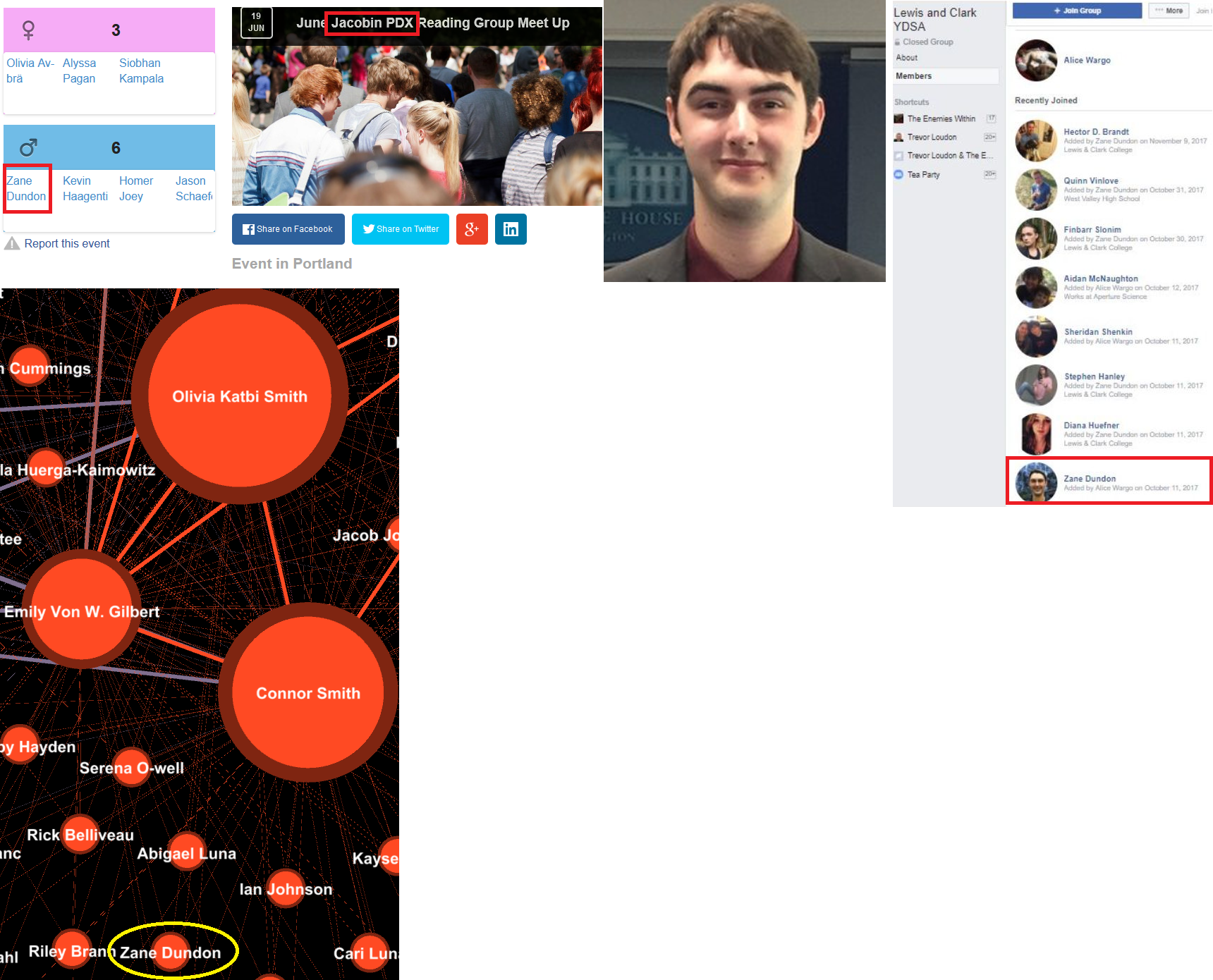