Jack Smith IV is a journalist who attended the Charlottesville Unite the Right counter-protest. Prior to Charlottesville, he was arrested for obstruction at the Standing Rock protests. He claims to cover the far-right and white supremacy and appears to have used questionable tactics. He's seen in one photo posing as a Proud Boy. It appears that he was trying really hard to make Jack Smith V. He was fired from his job at the left-wing website Mic for abusing women. According to the media outlet Jezebel, "All of these women accuse Smith of behavior they variously describe as emotional abuse, manipulation, and gaslighting. Three of these women say independently of one another that these tactics led to coercive sex.” He's described by the women who know him as, "Aloof, entitled, and kind of a prick." His Twitter feed is strangely inactive for a journalist with no Tweets since 2019. Smith lives somewhere in New York City, probably in Manhattan where the media types usually live. https://archive.vn/HYTyA, https://archive.vn/uqYkQ https://www.youtube.com/watch?v=Apu_i9KAmoE&ab_channel=TheOpenMind 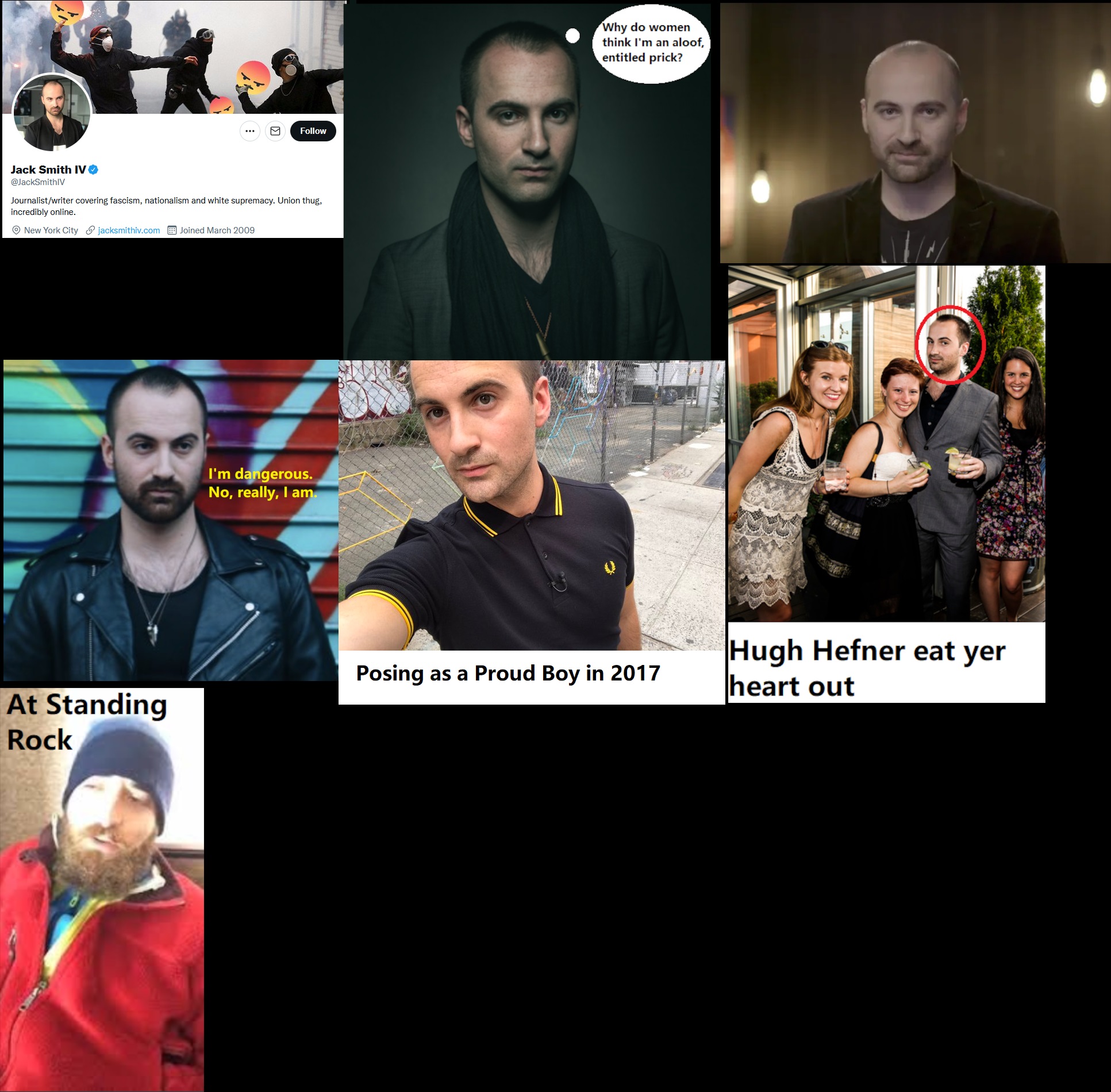