Taylon Breanne Breeden (DOB: 08/15/91) is probably a member or associate of the Carolina Mountain chapter of Redneck Revolt as she attended or was at least invited to one of their 2017 events. She's a goat farmer and activist who ran for an Asheville City Commissioner seat in 2018. She sold goat t-shirts to raise money for her campaign. Breeden is an advocate for renewable energy, substance abuse, abortion and mental health issues. Apparently Breeden doesn't want to breed as she organized a pro-abortion protest in 2019. She's probably best known for the goat yoga classes (huh?) she teaches with a fellow goat farmer. The yoga classes were featured in "Southern Living" magazine and were filmed by HBO's "VICE" show. You can attend for a fee of only $18 per person. She may be growing pot on her goat farm, which probably makes the goats very happy. She's one of the co-owners of a CBD shop that recently opened in Asheville. Breeden is from Arkansas originally and attended both the U of Arkansas-Fort Smith and the one in Fayetteville. She lives with her husband in a rustic country house in Leicester, not far from Asheville. https://archive.vn/mAH1X, https://archive.vn/UbEA4, https://archive.vn/LvRX4, https://archive.vn/y1HiQ, https://archive.vn/ft5GV 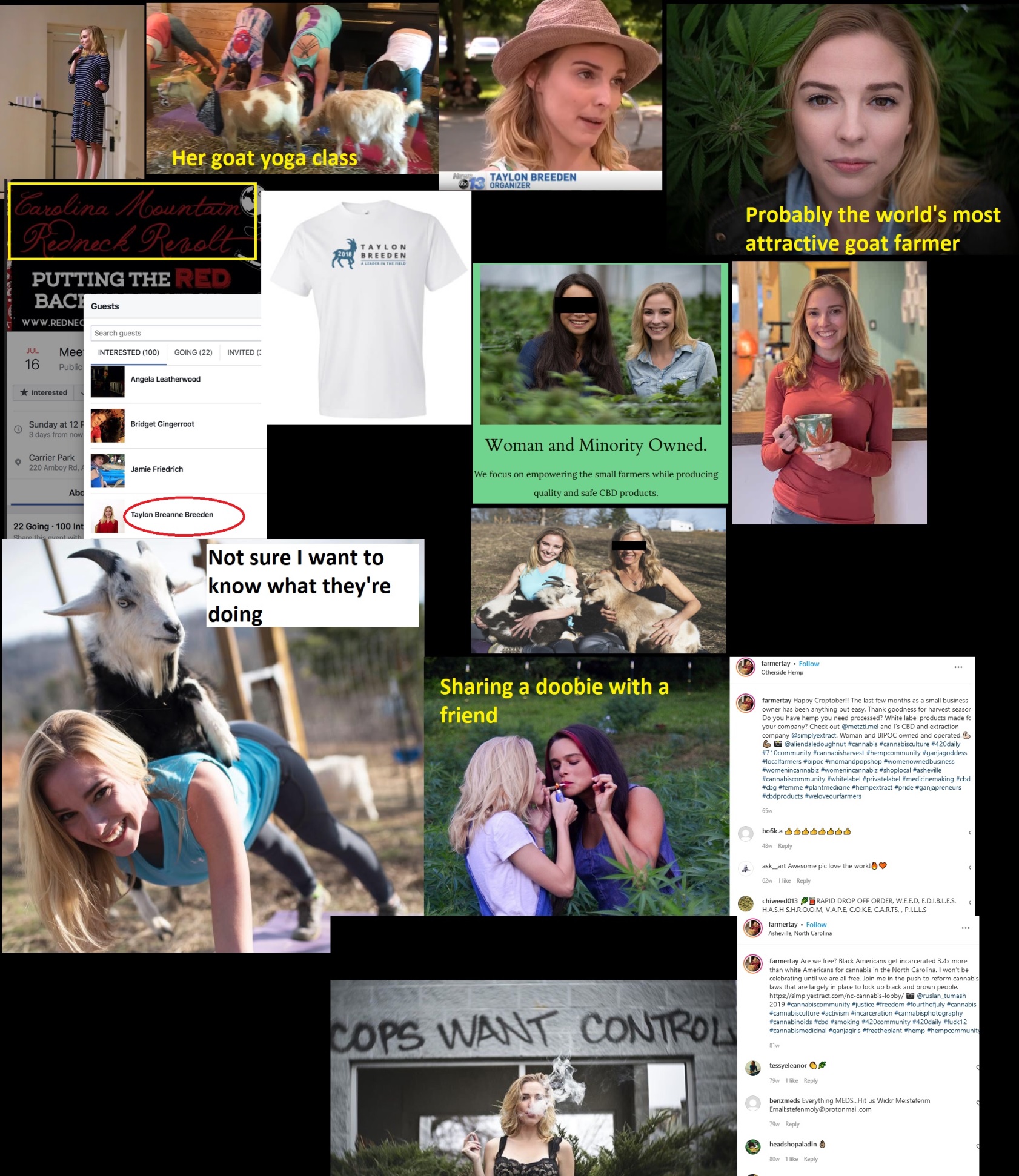