AKA "Skelly" (misspelled as "Skully" by police). Stafford was one of the Cleveland Four who conspired to blow up a bridge in Cleveland 2012. He was affiliated with the Occupy movement prior to his Cleveland Four activities. Unfortunately for Stafford, the group was working with an FBI informant. Stafford's job was to help with surveillance the night of the bombing. He was charged with malicious attempted use of an explosive device and attempted use of a weapon of mass destruction. His buds all plead guilty but Stafford went to trial and was convicted on all counts. He was sentenced to 10 years in prison and placed on lifetime parole. Stafford was a frequent guest at the Lorain and Cuyahoga county jails and had numerous priors including arrests for assault, drug offenses, weapons charges, vandalism and criminal trespassing. Stafford may live in Kentucky now. On his Facebook page he listed his job as occupying a tent in a public square. Stafford's Amazon wish list is notably free of leftist books, no doubt he already has them. https://archive.vn/VFjES https://archive.vn/mfu6D https://web.archive.org/web/20200511024839/https://www.amazon.com/gp/registry/wishlist/4BD2163X2NA6/ https://web.archive.org/web/20201128164339/http://fourteeneastmag.com/index.php/2017/03/10/the-cleveland-4/ https://web.archive.org/web/20210905221758/https://www.documentcloud.org/documents/3514798-288.html 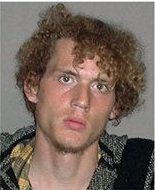