Jessica Nicole Jude (DOB: 02/07/89) was a participant in the violent counter-protest to the Unite the Right rally in August 2017. Two days after Charlottesville, she was part of a mob that toppled a Confederate statue in Durham. The D.A. later inexplicably dropped the charges against her. She was also arrested at a 2016 protest against a law prohibiting male perverts from using ladies’ restrooms. She holds a B.A. in Gender, Sexuality & Women's Studies from Virginia Commonwealth University. Jude works as a secretary at Blueprint which is some sort of clearinghouse for left-wing organizations. She lives in Richmond. https://archive.ph/RpugP#selection-2315.129-2315.141 https://archive.ph/Fly3u#selection-743.233-743.245 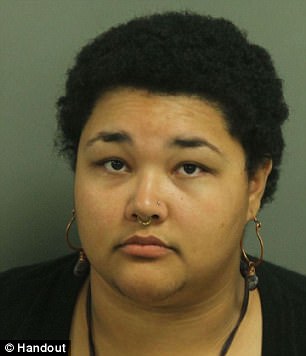