Jutine Rhee Ann Verigin (DOB: 02/17/87) was one of the plaintiffs in a 2012 Oregon Circuit Court motion to dismiss charges against Occupy protesters who were arrested by police at the November 17 (N17) protest in 2011 in Portland. She was arrested at a 2012 May Day riot in Portland and again in 2018 in what appears to be a protest related incident. Verigin wrote at least one article on abortion for the Socialist Worker website. She moved out of Portland in 2022 to the small town of McMinnville southwest of the city. Verigin appears to work as a graphic designer. https://web.archive.org/web/20210626153442/http://media.oregonlive.com/portland_impact/other/Occupy_Constitutional_Facial%20Validity-1.pdf https://archive.vn/ZdPue 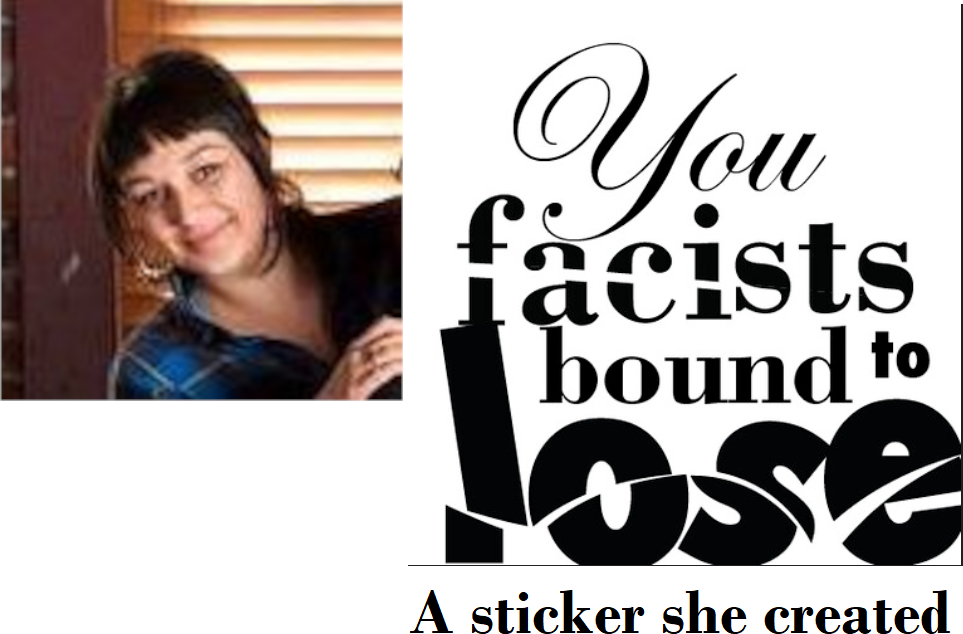 Posted By : Anonymous in November 2022