Veronica Haunani Fitzhugh (DOB: 09/13/78) is a mentally ill person who attacked a man saluting a Stonewall Jackson statue at the 2018 Charlottesville anniversary protest. It's unknown if she attended the original 2017 Unite the Right rally. Fitzhugh attacked Jason Kessler at an earlier statue rally in May 2017. She yelled at and pushed a person taking pictures of the Lee statue in Charlottesville the next day and was arrested again. She was previously arrested at a 2011 Occupy Charlottesville protest for stripping naked which is really gross because she weighs about 300 lb. Fitzhugh also has numerous other arrests or citations for misdemeanors and traffic violations. She declared personal bankruptcy in Florida in 2004. She's certified bi-polar. Fitzhugh moved back to Virginia and was hospitalized numerous times for mental health issues. Her mental health problems apparently qualified her to work as a life coach which she did for several years. She seems to have moved to upstate New York near Ithaca but may still have ties to an address in Charlottesville. She holds a BA in English from the University of Virginia and works as a writer and editor. https://archive.is/ZYNcI, https://archive.is/EikDd, https://archive.is/6RDkP, https://archive.is/OgCe9 https://archive.is/TExpD#selection-681.0-681.17 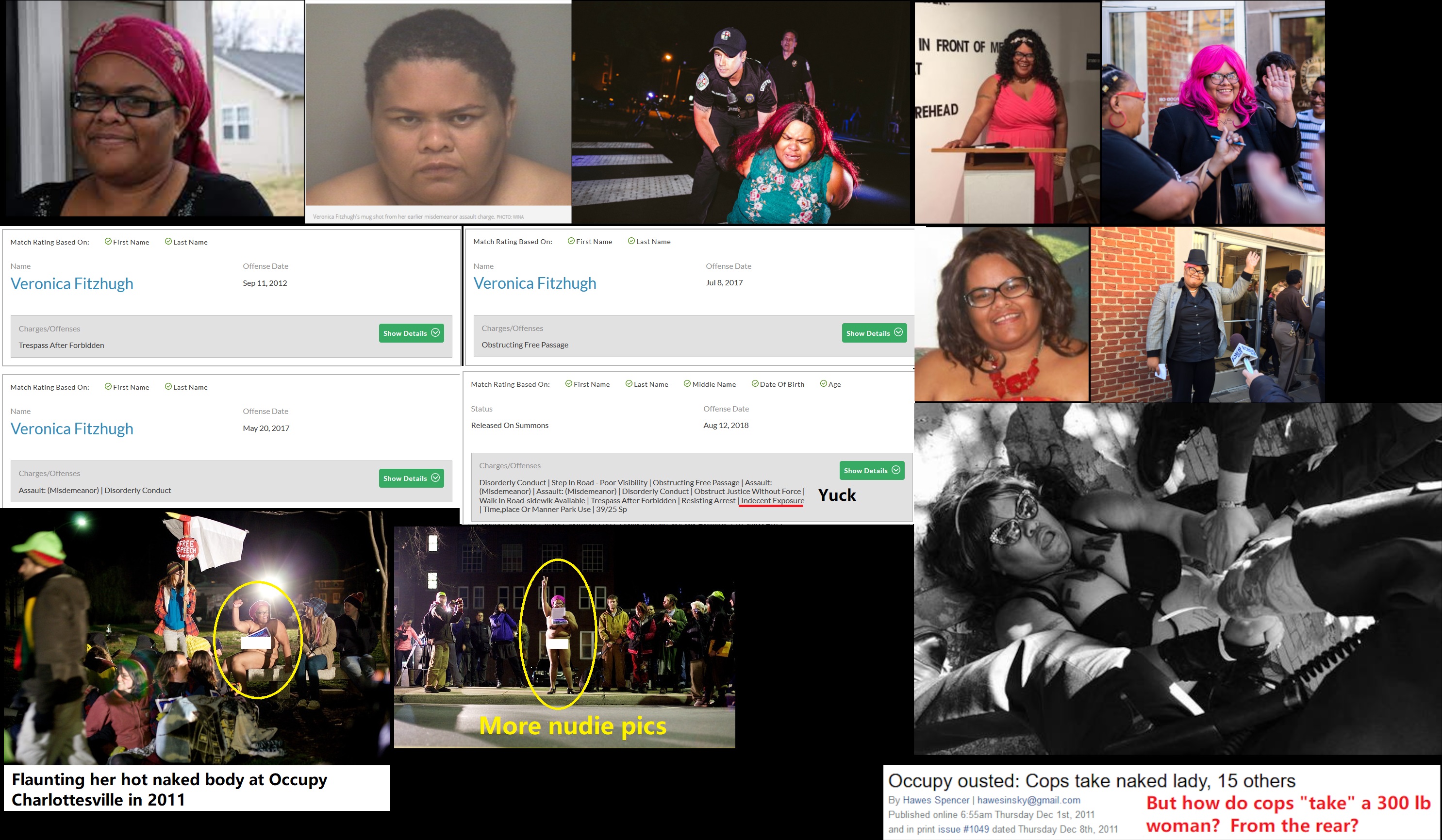