Full name Troy Anthony Thompson. This little guy (he's 5'4") was arrested along with 48 others in 2011 at the Portland Occupy protest known as November 17 or N17 and charged and convicted of criminal trespassing, assault on a public safety officer and interfering with a police officer. A few days later he was arrested at another Occupy protest for climbing on the City Hall roof. He was later arrested at a demonstration at Mt. Tabor reservoir in Portland in 2013. He was charged for pitching a tent (in a non-sexual way) in the park. He's a convicted felon with a fairly impressive rap sheet of numerous crimes committed during his younger days in the '90s including felon in possession of a weapon and burglary. He has a few arrests for assault or menacing that seem to be unrelated to Antifa riots, perhaps he has small man syndrome. DOB: 5/3/71 https://archive.vn/BEZ56 https://archive.vn/Lh9kv https://archive.vn/ypQCc https://archive.vn/K511f 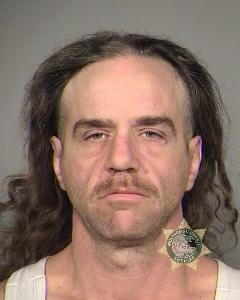