https://archive.ph/YZGVR Leftist rioter from Atlanta Other individuals arrested on similar charges, according to the warrants, were Katie Marie Kloth, Hannah Margaret Kass, Joseph William Turner and Julian Adan Goldberg (their names were not located in Cobb jail records). They face a range of charges including rioting, making terroristic threats and criminal property damage. Full name: Julian Adan Goldberg (DOB: 03/20/97). Even though Goldberg is Jewish, he hates Israel. While at Cornell University, Goldberg was affiliated with several anti-Israel groups and was notorious enough to be profiled on the Canary Mission website, a site that tracks anti-Semitic extremists. After finishing his Cornell degree he moved to Berkeley, California where as of 2022, he works at We Care Solar. https://archive.ph/W3bzY https://www.linkedin.com/in/julian-goldberg-2b2b0a160 https://www.facebook.com/julian.goldberg.39 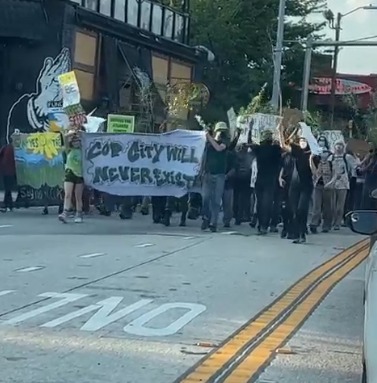